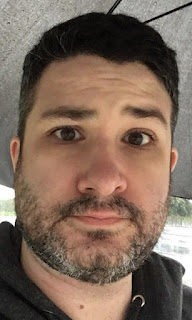 Erik Burnham is a Minnesotan writer and artist that first broke into comics by way of the Nick Landime feature from Shooting Star Comics.


This led first to other anthologies and then work for IDW Publishing, up to and including his critically acclaimed work on the GHOSTBUSTERS line of comic books and, later, the official Tobin's Spirit Guide.

Erik's been fortunate to work with many companies in the last few years, including Cryptozoic, Dynamite, IDW, Insight Editions, Marvel, and Panini on properties such as Ghostbusters, Teenage Mutant Ninja Turtles, Back to the Future, Galaxy Quest, Scarlet Spider, New Warriors, Red Sonja and KISS -- with more on the way. (Which is good news, because he loves his work.)


Erik still lives in Minnesota; any rumors about this being because he's completely afraid of the forty-nine other states (and Canada) remain unverified at this time.


(Don't mind me, just linking back to my Mastodon profile to verify it!)